It was a saturday. I expected it to be a lazy one but it was not. A workshop was organized in NIET(Noida Institute Engineering College). Where the speaker was rajat saini. I too joined with him as mine was in the second half in GNIOT(Greatre Noida Institute Of Technology). The crowd gathering was not as good as expected but no doubt the audience was quite interested. I gave an introduction session there,where i talked about the fundamentals of the web. 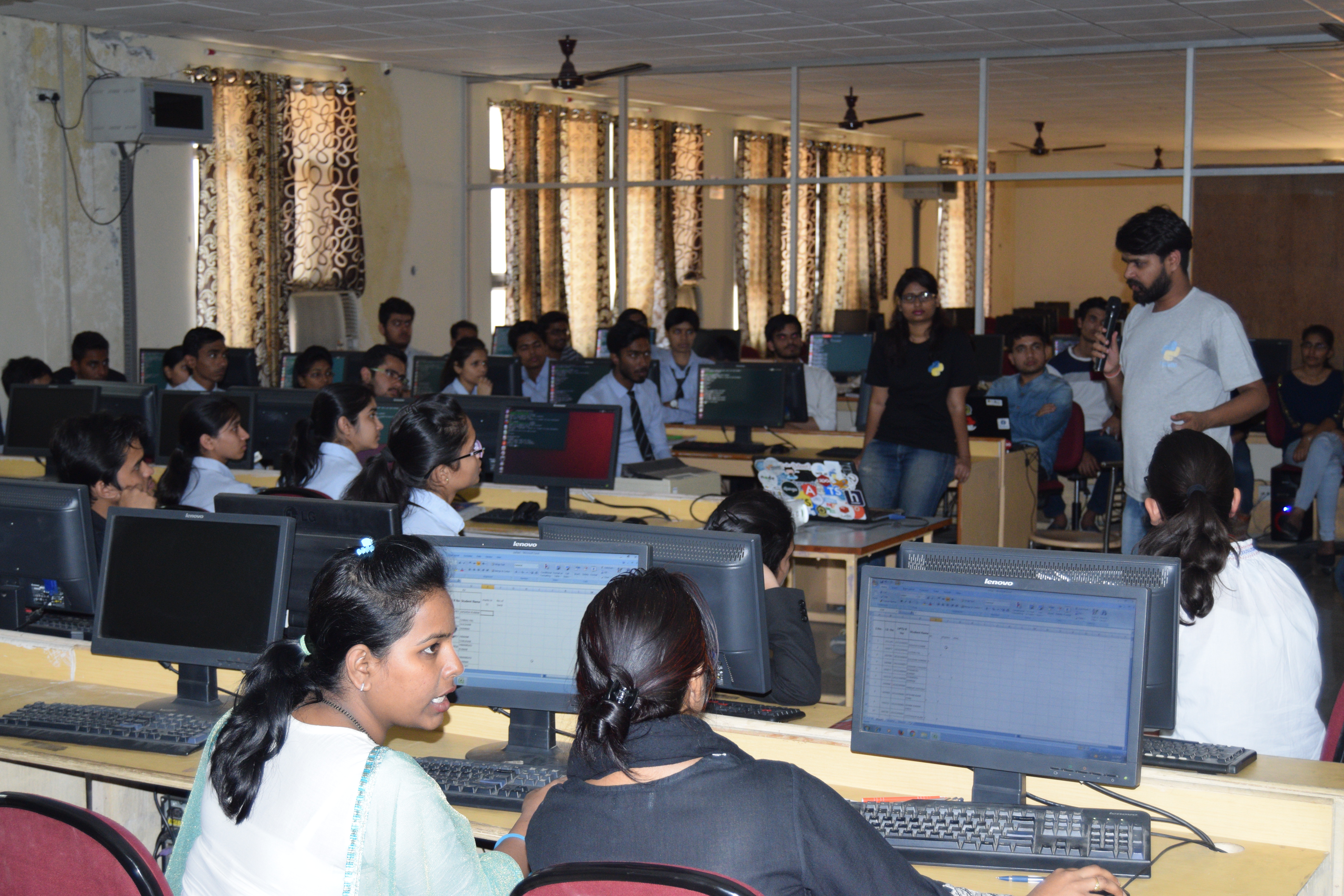 The second session was in GNIOT. The target audience was of beginner level. It all started with the introduction of the students and then the organizing team. The talk was focussed on the fundamentals. The first topic that we covered was open source. Explaining
what is open source?
Why is it important to contribut
Linux vs Windows?
Compiler Vs Interpreter
Then python 101 was also in the scope which was covered.
We also explained what is community?
Why it is important to be part of community?
What are the advantages of being a part of the community.
We also gave an introduction about pydelhi & GNDG.
Introduced about pydelhi conf which is happening on 18-19 march in IIM Lucknow(Noida) and Why should they join this conference and be a part of it.
One of the funniest incidents in the workshop was when i asked the students what happens when you compile code in C. The ultimate response that i got was “ERRORS”.